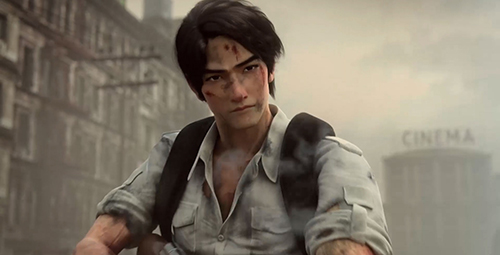 Dear Survivors, This is Radio 101 transmitting across all AM frequencies, calling all survivors. To ensure a better game experience, we are performing an update from 5/20 8:00 to 8:30 (UTC+8).

[Training Introduction]
1. Pampered Sweetheart: New Outfit - Pampered Sweetheart is now available for purchase in the Mall. Enjoy a limited-time discount. Purchase the outfit to get a bonus exclusive action.
2. Lucky Wish: During the event, make a wish using the Wishing Gift Box and get double the Friendliness when the wish is fulfilled. At 20:00 on May 28, Survivors who have made a wish will participate in a lucky draw for the Pampered Sweetheart Gift Box.
3. Fireworks: During the event, Survivors can get Firework Materials from gathering, combat, and fishing. Submit the materials to Trade Federation members for rewards. If you collect enough materials, there will be Firework Performances at 18:00 that day. Take selfies with Fireworks to get Firework Blessing Rewards.
4. Photo Contest: Survivors can post photos every day to participate in the Photo Contest. The photos can be uploaded through the in-game album or photo function. You will be able to Like others' photos and gift Glow Sticks to boost their popularity. Reaching popularity stage goals grants rewards. Placing in the top 10 on the daily popularity rankings grants additional rewards.
5. Duo Training: Invite a friend to train with you. Complete the designated quests to get Mastery and Souvenir Silver Coins. You can also get extra rewards from Caravan Support.
6. Exquisite items including Miss Kitty, Mister Puppy, and more are now available on the Caravan Market! Furthermore, the Kitty & Puppy Furniture Chest is also available on the Caravan Market for a limited time. Open the chest to receive rare items including Kitty & Puppy Manor Appearance Chest, Miss Kitty, Mister Puppy, and more.
7. On May 20th, lots of Cultivation Gift Boxes and Summer Gift Boxes will be dropped from the sky in Hope 101 and your Camp every evening between 19:30-21:30. There's a chance of getting the Immortal Tale Collection Outfit Pack from these boxes (only 2 per server).

[LifeAfter x Godzilla vs. Kong Crossover Event]
Recently, more disturbances were been heard from deep within the city. Only this time, they were even stronger than before. After an investigation, the Federation found that Godzilla, a giant monster with great destructive power, has made a comeback alongside Kong, and is once again invading the world of LifeAfter.
1. Monster Challenge: Join the timed challenge every day between 10:00-22:00 and select either Godzilla or Kong as your opponent and accumulate Heat to earn rewards. The team that beats the challenge the quickest each day will receive the Best Team Reward!
2. Investigation Team: Survivors can form 4-player investigation teams and complete daily quests to boost their Investigation Score. Reach certain amounts of personal and team Investigation Scores to unlock rare rewards such as the Godzilla Pendant!
3. Beware of Monsters: Every day between 18:00-22:00, giant monsters might awaken during Nancy City Drills. Survivors, please stay vigilant when participating in these drills.
4. Lucky Points: Exchange Crossover Certificates for New Dollars and Lucky Gift Boxes. Open the gift boxes for a chance to receive powerful gear such as Flamethrower Godzilla Edition, Zanbato Kong Edition, Revolver Godzilla/Kong Edition, Steel Shield Godzilla/Kong Edition, and more. Items obtained in "Lucky Points" will not be stored in your backpack immediately. Instead, they'll be stored in a Temporary Vault. Through Point Exchange, you can convert items in the Temporary Vault into points at a certain conversion rate. These points can be used to purchase rare rewards from the Points Store.
5. Rare items, including Cool Breeze - Kong, Street Trend - Godzilla, Portable Backpack - Kong, and more can now be exchanged in the Crossover Shop.
6. Lucky Card: From May 20 to 8:00 on June 3, exchange Souvenir Silver Coins for New Dollars to get bonus lottery boxes, which contain special rewards, including Skin: Rider of the Wild - Godzilla, Rider of the Wild - Kong, Blade Hunter Backpack Box, and more. You can also get point rewards while drawing items. Reach a certain amount of Points to get extra point rewards.
7. Pajama Party: From May 27 to 8:00 on June 3, the brand new limited-edition outfit Pajama Party - Kong will become available in the Mall. Enjoy a limited-time discount. Purchase the outfit to get a bonus exclusive action.
8. Lucky Gift Box: Lucky Gift Boxes will become available from May 27 to 8:00 on June 3. Purchase them with Checks to get great rewards such including the new outfits Atomic Power, Guardian's Heart, Pajama Party - Godzilla, and more.

[Camp Statue]
1. Improved the Statue's configuration screen. Added a level display to different parts of the Statue. The part options on the right are now collapsible for easy viewing.
2. Updated the style of the Camp Card. Officials with Camp customization permissions can change the background of the Camp Card to the current look of their Camp at the Camp Data Center in the Town Hall.
3. The Statue Pray screen now displays the Statue level and the list of potential rewards. The praying visual has been improved.

[Other Content and New Rules]
1. Upgraded the Gathering Drone's functionality to allow it to gather ore from subterranean springs.
2. Added the Shield Supply skill to the Guardian Drones' Turret Mode.
3. Fixed the issue where some icons on the Main Map were squashed. Adjusted the size of infrastructure icons, which will now be hidden when the Main Map is zoomed out.
4. Improved the slow loading speed of images when entering the Mall for the first time.
5. Improved the hair physics of "Galactic Love" and "Galactic Love Collection".
6. Adjusted the unlock level requirement for Accessory Fusion from Gathering Mastery Lv. 50 to Lv. 38.
7. Added the Firefly Eco Tank to the Mall's furniture store.
8. Improved the Survivors' Schedule and quest icons in Old Hero.
9. Increased the drop rate of Dirty Trotter, Dried Bear Claw, and other items in Territory Quests.